The founder of Keith Ace Hardware, John Keith, was born in Port Arthur, Texas, in 1957. He graduated from the University of Texas in Austin in 1979 and Baylor Law School in 1983. After passing the bar and deciding not to practice law. On December 8th, 1983, John Keith purchased that 97-year-old Lee Hardware and Furniture in McGregor, Texas, from G.W. Lee. As the new owner, John made it a point to meet everyone that came into the store personally. We continue that tradition today. Under John’s leadership, the stores grew from the one in McGregor to stores in Hewitt, Clifton, Hubbard, Marlin, Red Oak, Brady, and Lorena. In February 2007, John passed away from cancer. His wife, Karen, then took the helm. She brought in Tom Cox and Beau Nickel, long time and faithful employees, as part owners. Under their leadership, Keith Ace Hardware now has locations in Salado, China Spring, Belton, Meridian, Valley Mills, and Copperas Cove. 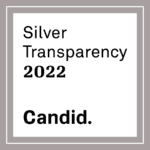 Get involved with the Chamber